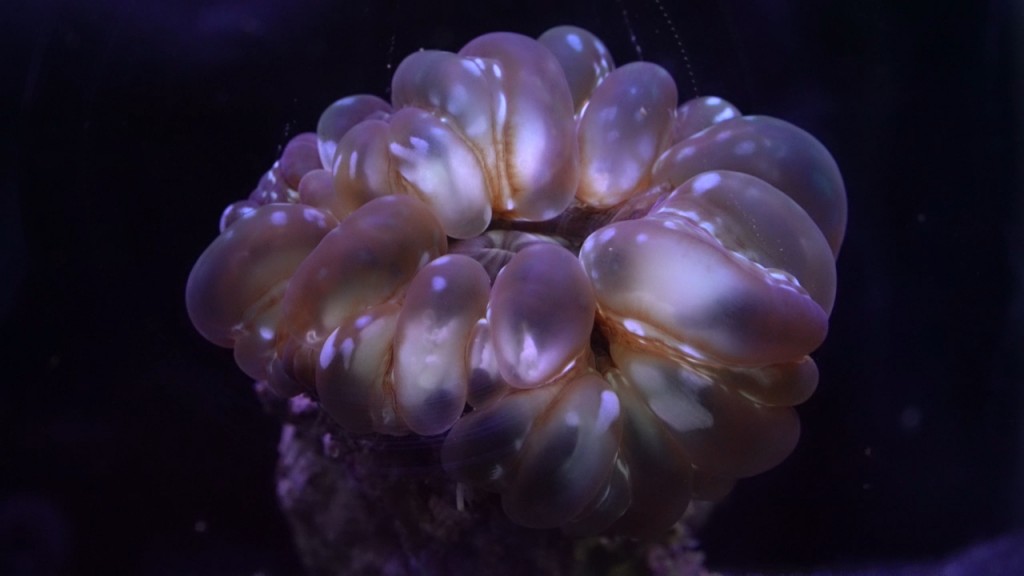 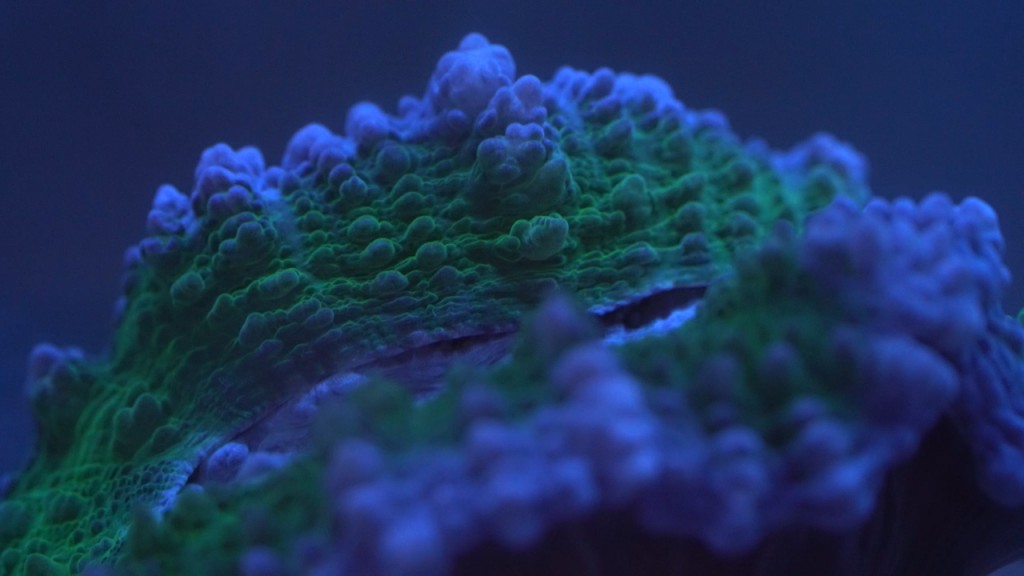 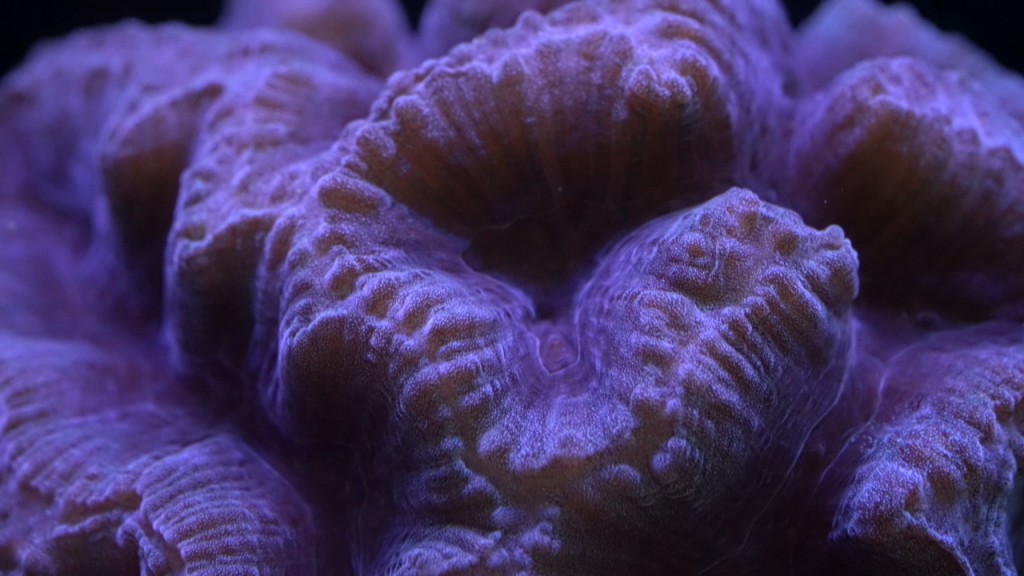 “Requiem for corals” is a cinematic installation. It is an aesthetic and nocturnal journey into a macroscopic underwater world of corals at the moment of exposure to climate change impacts, where these tiny colourful and moving creatures live on the verge of dying. A visual and ethereal dance macabre of current times’ severe reality in a world beyond imagination and beyond our field of view.

The project is based on makro-shootings of corals and inspired by scientific climate research about coral life and existence. The project is created in collaboration with coral scientist and underwater cinematographer Tom Schlesinger.

Darkness; only a subtle soft light from above breaks the darkness. Sounds of the sea on a windy night. The soft light fades and for at moment the space becomes even darker. The acoustics change and the sounds transform into a peaceful underwater sphere.

As our eyes slowly adapt to the darkness, we begin to visually sense abstract formations. Soon a world of non-earthly beauty begins to appear and surrounding us with an unknown world of a bloom of imaginative shapes and colors. At first; it feels all motionless. But then we discover signs of life from a very tiny movement; it looks like something is breathing. And slowly we discover that this spectacular bloom of colors is a world of living creatures – silently waking up for the night, moving in their very own rhythm of life. Thin and fragile tentacles are gently moving while sensing their surroundings in a weightless atmosphere. Others are dancing ethereally to the rhythm of the ocean currents. Some are flirting with a ticklish behaviour. A group of corals with flower-like tentacles are performing a visual rhythm of a heart beat from subtle movements growing into a pulsing rhythm.

Suddenly; in a corner of the reef one of the corals retracts its tentacles – hiding as if it feels endangered. It echoes through the reef, and in a frame of a second they are all closing in – but only for a moment until they continue their ethereal dancing. The space transforms into a fully dancing reef.

In a hidden corner of the reef a newborn baby coral takes its first breath – and makes its very first fragile and tiny movements. The rest of the corals become silent and stop moving for a moment – giving space for the new born life to be seen.

Not far from the little newborn, a coral is not feeling well; its tentacles are hanging – and its colors are vanishing. It’s movements are slow and sad. The physical space starts to be filled with a foggy atmosphere and we loose sight of the corals. A magic of musical harmony is replaced by a slow, distorted and melancholic symphony with an echo of absence.

As the fog slowly disappears; a completely changed reef appears; The bloom of colors are fading, turning white and transparent. The rhythm of the pulsing heart beat is still slower and slower. Immediate reactions and ethereal dancing are gone. A world that was once a spectacle of life have turned into a white motionless reef. We remain surrounded by this silence and absence – left with a quivering feeling of emptiness and relentlessness.

But then… somewhere in this lifeless world, we discover one single colorful coral. It is still dancing, still alive! Is this the last movement from a world of corals or is it a silent resilient and resistant survivor, carrying hope for a new future ?
The light fades, but a thin sound echoes from the coral and remain in the space, while we are leaving the space. 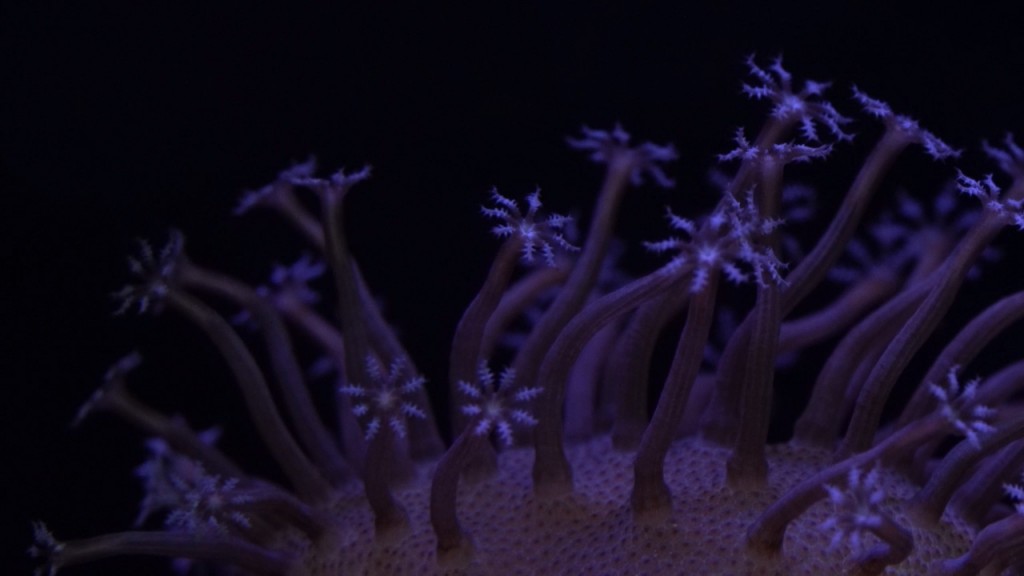 RESEARCH AND CORAL CASTING
Most people are familiar with corals from being huge colourful colonies of stony reef formations experienced from a distant diving perspective. Through my research, I have been looking at the life of corals through the macroscopic camera lens. By using the macro-optic, I have discovered a hidden world of life and movements, that the human eye cannot see.

By observing each species for hours in real time and getting into their slow rhythm of life, I discovered the reef in a way that goes beyond being a spectacular landscape of shapes and colours, but as a community of fascinating personas with unique individual behaviours. Each of them moving in its very own way with personal expressions, tempers – even moods. Their movements are their visual language.

When casting the corals, I’ve been searching for species whose movements mirror human behaviours, so that we can recognise ourselves in them through the way they act and move. I found the corals performing familiar archetypes through a set of universal human movements and activities. The casting revolves around a selection of species performing these different human movements and reacting to changes in their environment in the most visible and expressive way.

We have made a selection of 14 coral species that will be the main performers in the experience.

CONTEXT
We live in a time of mass extinction and rapid environmental changes. Currently, there is an ongoing mass decline in which a widespread and rapid decrease in the natural diversity on Earth is occurring at an unprecedented rate. The mass decline of coral reefs that the oceans have experienced over the recent years is one of the most visual phenomena that highlights this reality and marks a critical warning for the future of the natural diversity of the planet.

How can art contribute to the climate discussion ? Science can show us needed facts and speak to us with rational clarity, but it cannot easily stand alone in order to reach us in a deeper way than a logical understanding. Combining science with the right artistic tools, I believe has the potential to communicate the scientific truth more efficiently by reaching us on an emotional level and raising awareness by touching existential matters.

I aim to visually translate stories from nature and climate facts in an emotional and existential way, that can help to sharpen our sensitivity towards nature; and bring awareness about seeing ourselves living with nature rather than of nature. I have studied the movements and natural behaviours of corals, in order to find and expose micro-movements in corals, that can humanize the corals and awaken our sensitivity towards seeing similarities. To be immersed into the existence of corals – experiencing a dance macabre from a hidden space on Earth, where pure beauty is replaces by tragedy, and where a natural poetry of movements are undergoing a non-natural degradation – this is a journey that might touch deeper beyond our logic.

An aesthetic and nocturnal journey into a macroscopic underwater world of corals.